Sacromonte means ‘sacred hill’ and its name derives from the Abbey that was built in 1610 outside the old city upon its highest hill, Valparaiso. The Sacromonte Abbey was built over the catacombs (originally mine workings of Roman date) where, according to the leyend, the relics of Saint Caecilius’ martyrdom and eleven other saints were found, along with the Lead Books of Sacromonte. It is definitely quite worth getting to know more about the interesting history of Granada city by visiting the Sacromonte Abbey, its museum and catacombs

The area became the gipsy neighbourhood of Granada after the gipsies built their homes in caves excavated from the soft rock of the hillside. It is well-known nowadays for the Flamenco music and dance that takes place every night inside the cave houses. 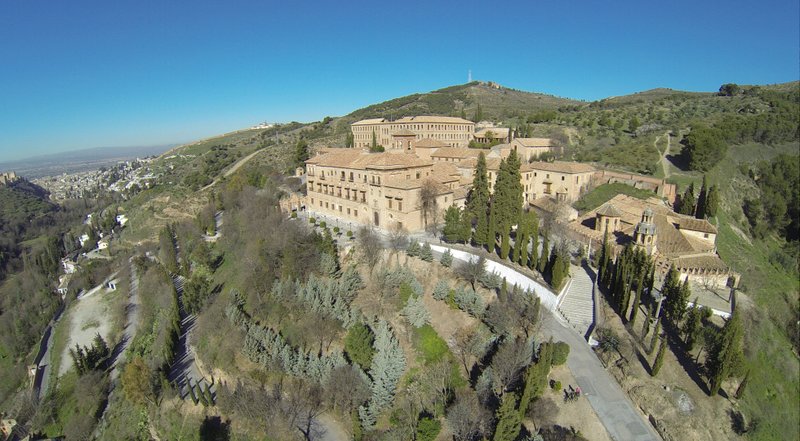