La Alpujarra is a natural and historical region located on the south slopes of the National Park of Sierra Nevada that extends over the two provinces of Granada and Almería.

Pampaneira, Bubión and Capileira are 3 of its most well-known charming villages. Trevélez at 1476 metres above sea level is one of the highest villages in Europe, famous for the quality of its air-cured hams (jamón serrano). Lanjarón is known by its medicinal waters.

Besides the exceptional natural setting that the Alpujarra villages share, it is also worth pointing out their interesting historical background: after the Moorish invasion of 711 AD, the Berbers from North Africa inhabited this area. They carried out the terracing and the irrigation of the hillsides and created villages on the steep slopes of Sierra Nevada with narrow, winding streets and small flat-roofed houses.

The last Islamic state on the Iberian peninsula was the Nasrid Kingdom of Granada. It was not reconquered by the Catholic Kings until 1492. After the fall of Granada, many Muslims emigrated to North Africa while others took refuge in the rocky Alpujarra Mountains, making it difficult for the Christian authorities to root them out. In fact, the famous Rebellions of the Alpujarras against the Castilian Crown lasted several years.

The isolation of this mountain region caused it to remain poor and backward for several centuries, which could explain why its most traditional dish called Plato Alpujarreño is an economical recipe that requires only a few ingredients: Patatas a lo pobre (poor man’s potatoes) accompanied with fried eggs, meat, chorizo and/or morcilla.

Access by road is nowadays a bit easier and agriculture, farming, traditional handicrafts and tourism help in maintaining the population of this area. 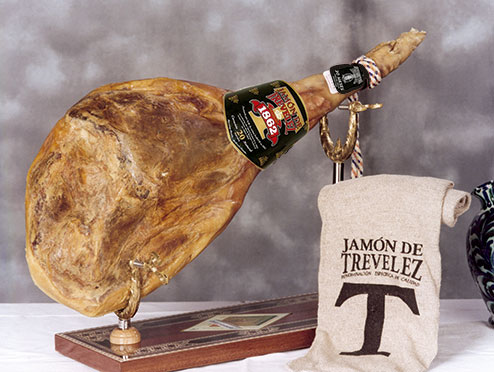 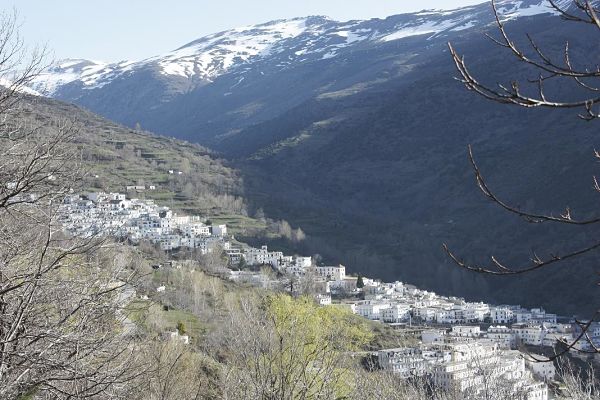 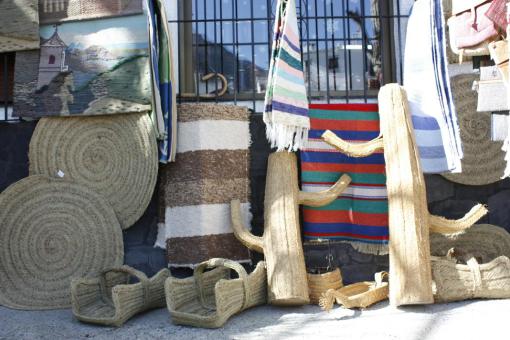 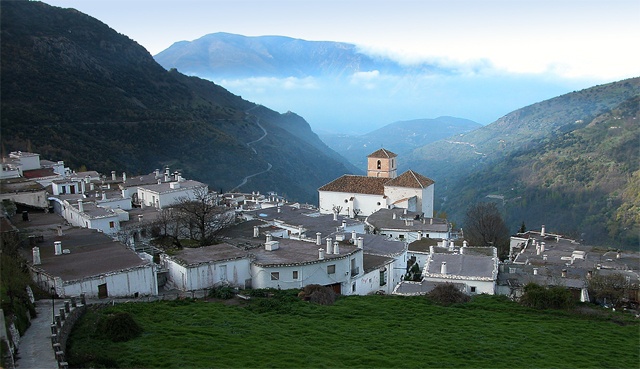